2022 starts with another demo for a major Dutch dredging company. Whilst performing the endurance tests with the Autonomous Surface Vessel, Phoenix 5, we take the opportunity to show the capabilities to interested users. The demonstration started sailing manually by remote control from the jetty to the survey spot from where the autonomous system took […] 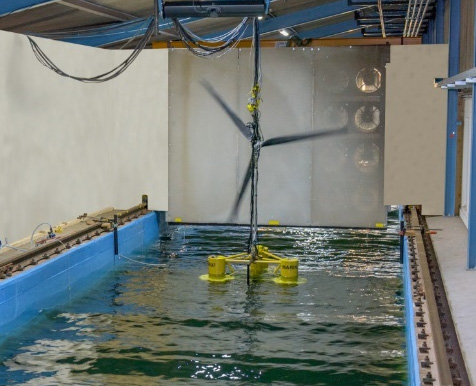 MARIN is a hydrodynamic and nautical research institute with a worldwide reputation. The organisation has a number of test basins with extensive instrumentation. They regularly make these facilities available free of charge to small and medium-sized enterprises to test new ideas and concepts. We were lucky enough to be allocated one of these two-week slots. […] 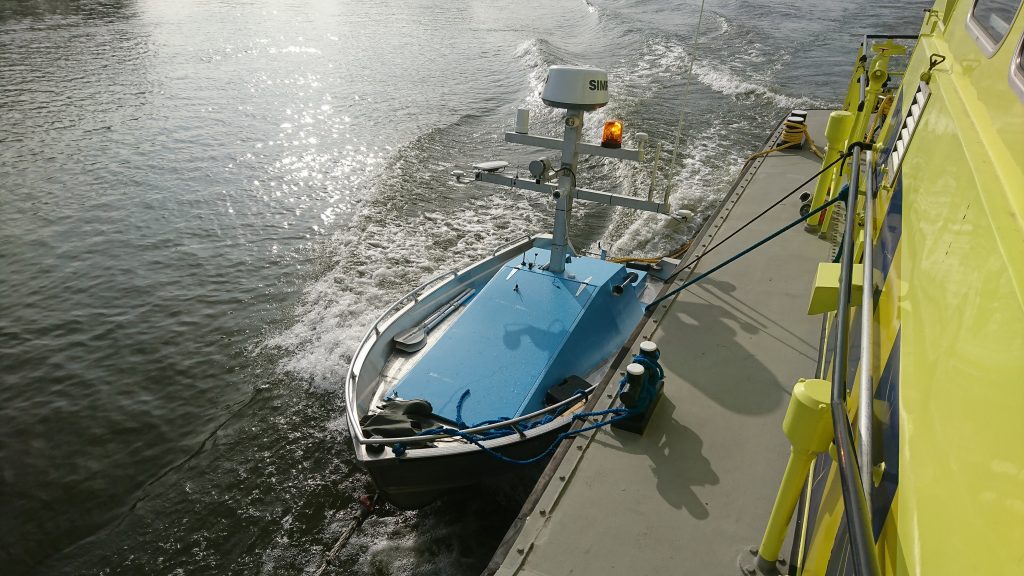 We have signed the contract to extend the survey operations on the River IJssel. Our Phoenix will carry out more surveys in the area where the kribbes (groynes) of the new type were constructed. As before, we will be working with Rijkswaterstaat, construction company BAM, dredging company Van den Herik and the Deltares research institute. The survey […] 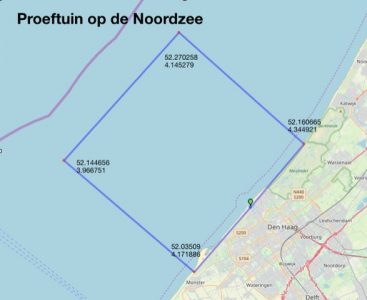 The Proeftuin op de Noordzee (North Sea test site) is an area of 10 by 10 nautical miles off the coast of Scheveningen/The Hague, the Netherlands, intended for testing innovative products. Together with TNO and Boskalis we are going to do a number of surveys in this area to support operations with undersea cables for offshore wind […] 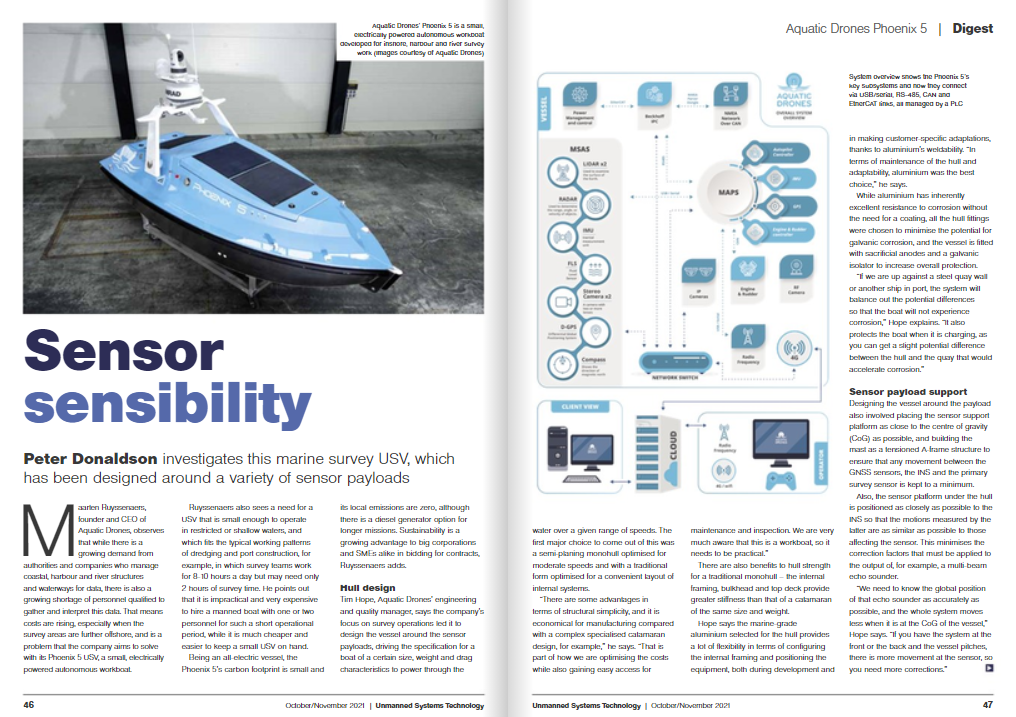 Aquatic Drones in the latest issue of Hydro Magazine 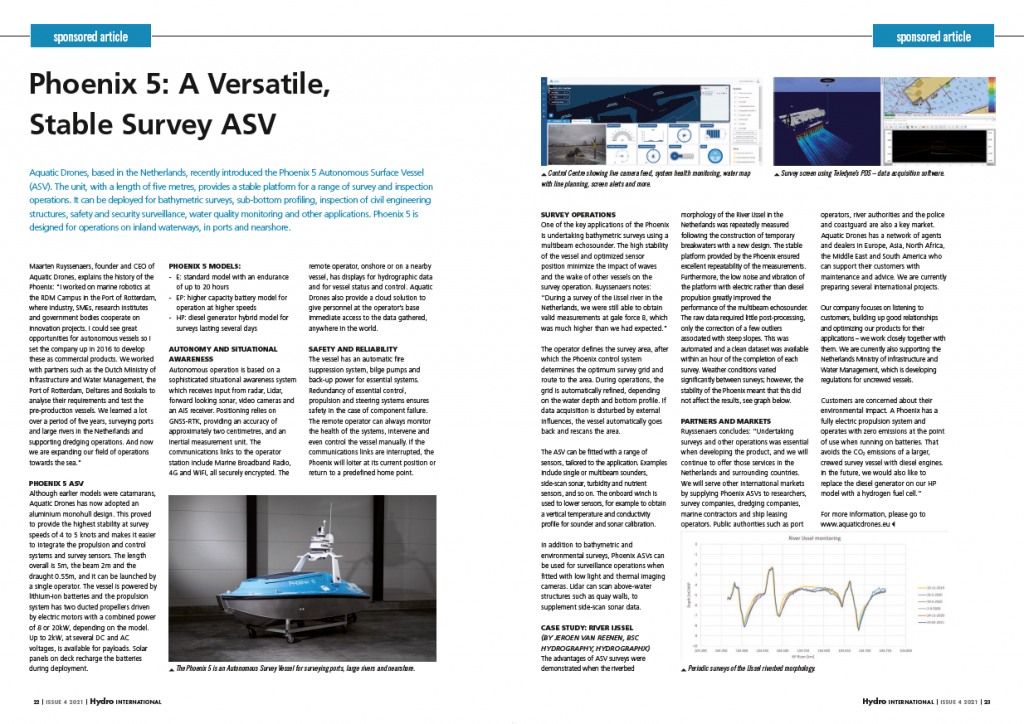 You can find us in Issue #4 of Hydro Magazine, the global magazine for hydrography. This issue is all about exploiting unmanned surface vehicles to collect ocean data. The article is all about our new Phoenix 5 and about the survey programme of the Dutch Ministry of Infrastructure & Water Management. Click here for the […] 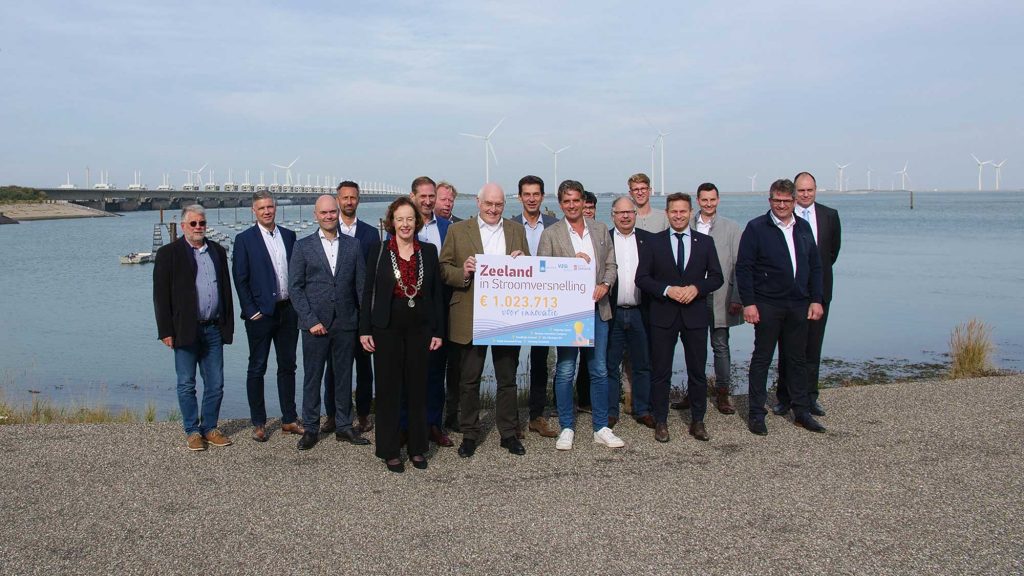 Together with IGL, NIOZ Royal Netherlands Institute for Research, North Sea Port and HZ University of Applied Sciences, we have received a subsidy for research into autonomous water measurements in Zeeland Waters with aquatic drones. We are looking forward to further deploy our Phoenix 5 in port, coastal and large open rivers in the South-West […] 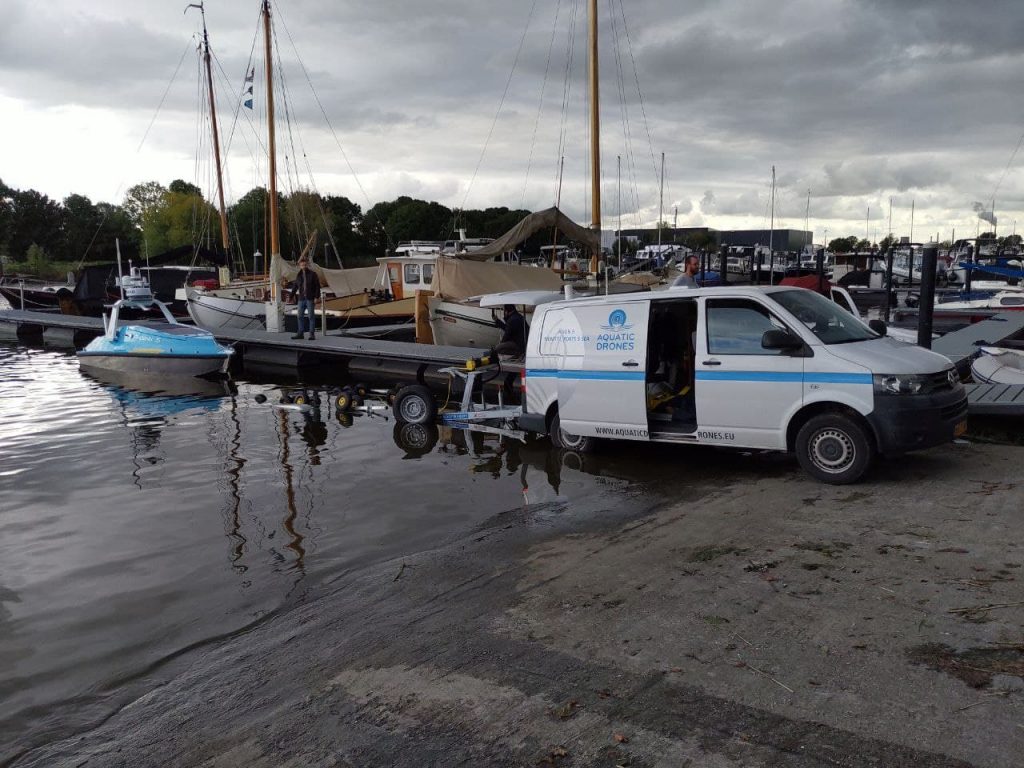 We test our Phoenix 5 thoroughly in different circumstances. Special focus is on range, endurance, top speed, manoeuvrability, launch and recovery, data communication, hydrographical and survey operations. Multiple scenarios for autonomy and object avoidance will be tested. 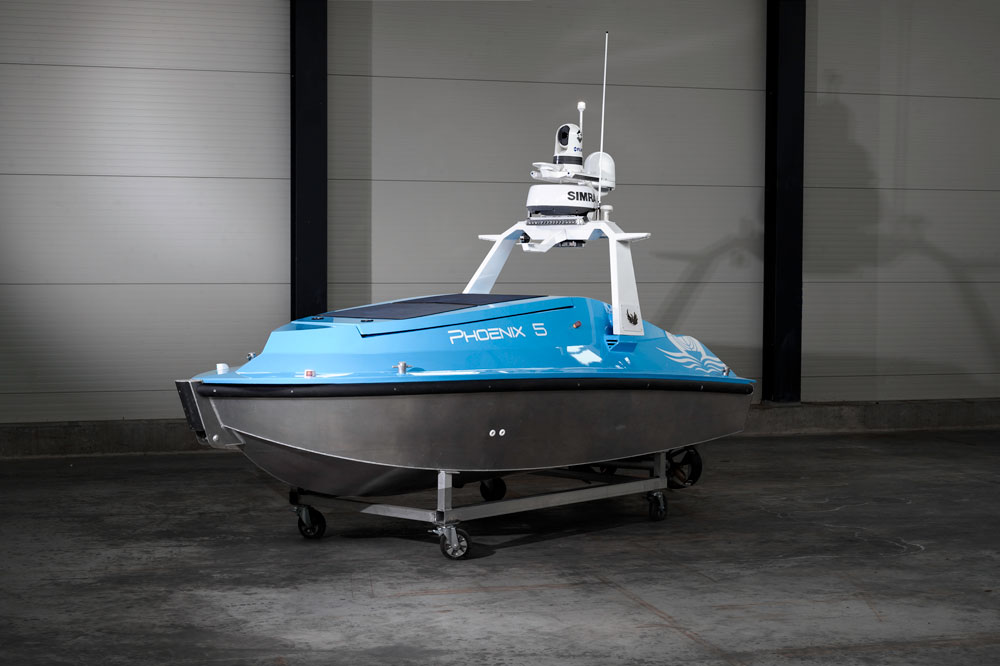 We have finished building our first production series P5! It has been fitted with all systems, sensors, etc. The ‘dry’ tests have all been completed successfully and we are now gearing up for the ‘wet’ tests. As in other markets, the lead times for the equipment we need have gone up enormously, especially for items […]

We have given a successful demonstration of the autonomous operation of our preproduction Phoenix for a number of current and potential customers and partners. Watch the video (English voice-over, Dutch subtitles) and read more (in Dutch) on  www.smashnederland.nl

Construction of the Phoenix 5 has started 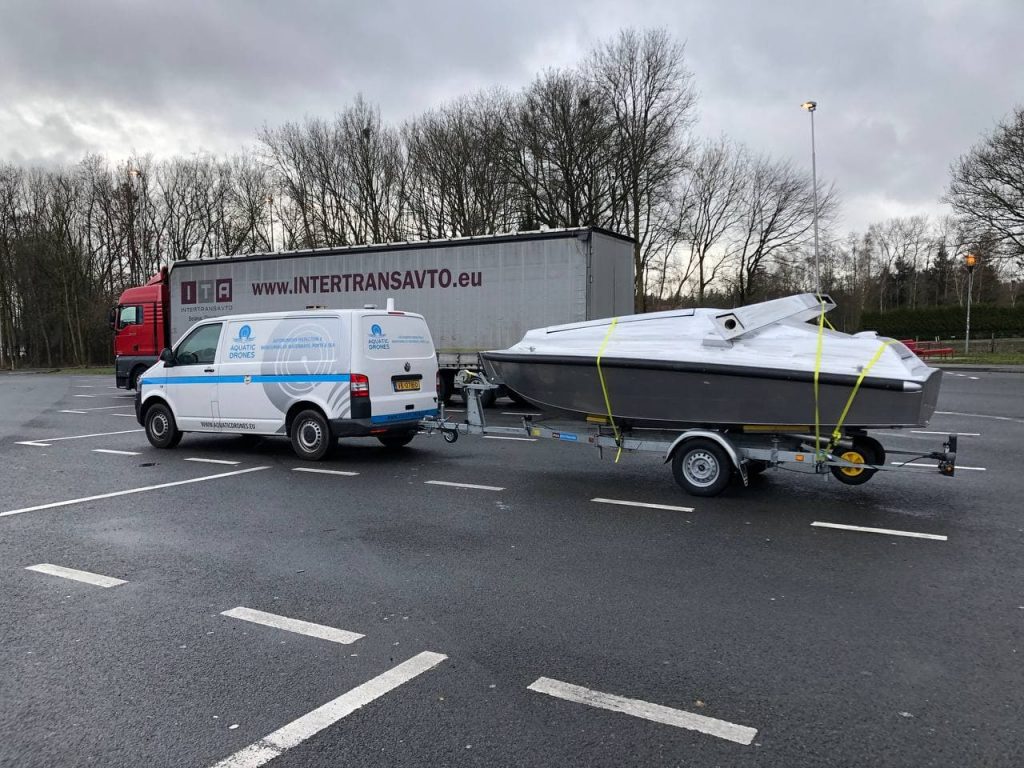 The last few months we have been busy analysing the results of the extensive tests of the preproduction version. As a result we decided to upgrade some systems, including the motors and batteries. The hull has also been refined. We are now hard at work on the final design of the production version of the […] 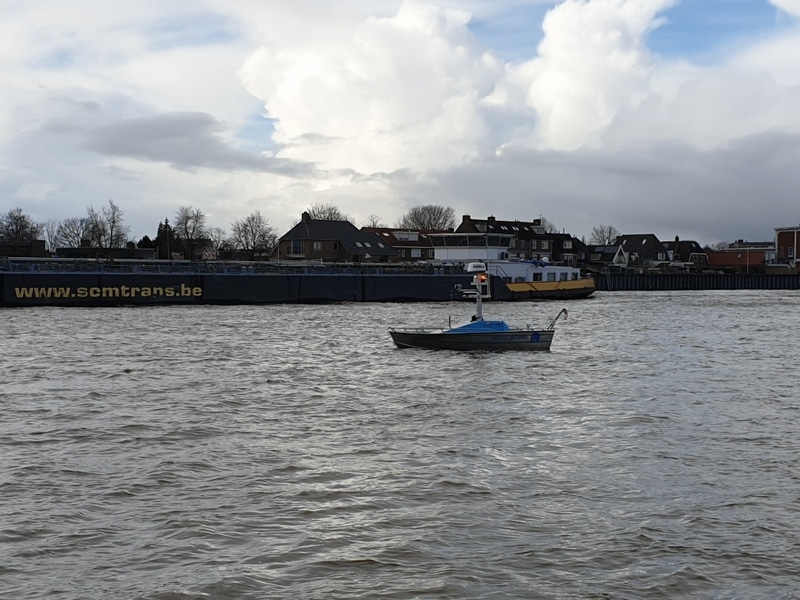 Rijkswaterstaat (RWS, an operational department of the Netherlands Ministry of Infrastructure and Water Management) is responsible for the kribben (groynes) along the major rivers in the Netherlands. These are a type of groyne for erosion control. RWS has started a pilot project on the river IJssel with an innovative type of flexible and semipermeable kribbe which promises to reduce […] 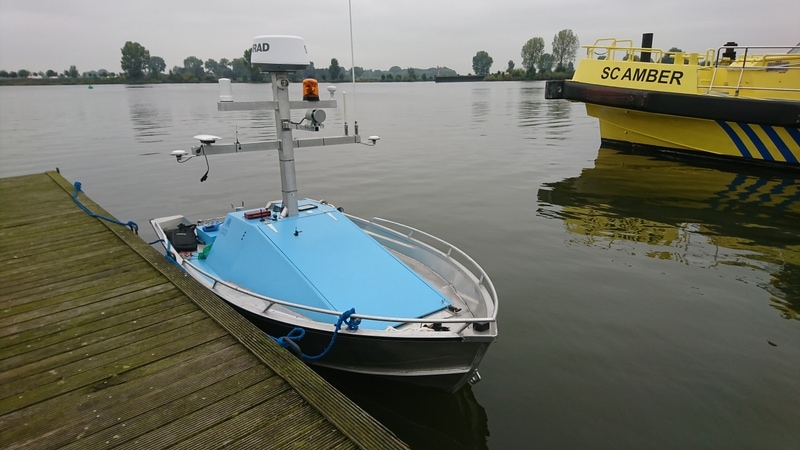 We are currently busy testing the Phoenix preproduction model: doing longer surveys, operating under different weather conditions, etc. This will enable us to finalise the integration of all the systems and be ready for an extended survey on the River IJssel, the Netherlands.

Integration and calibration of the survey systems 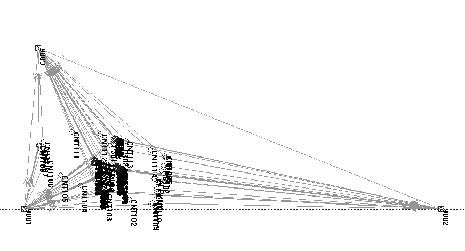 For accurate surveys, and to integrate data from multiple sensors, you have to know the exact spatial relationships between the multibeam depth sounder head, motion sensors, GNSS antenna, LiDAR unit and cameras. The measurements to define these relationships were recently done by the experts at Geovisie.  We have also done a number of patch tests by […] 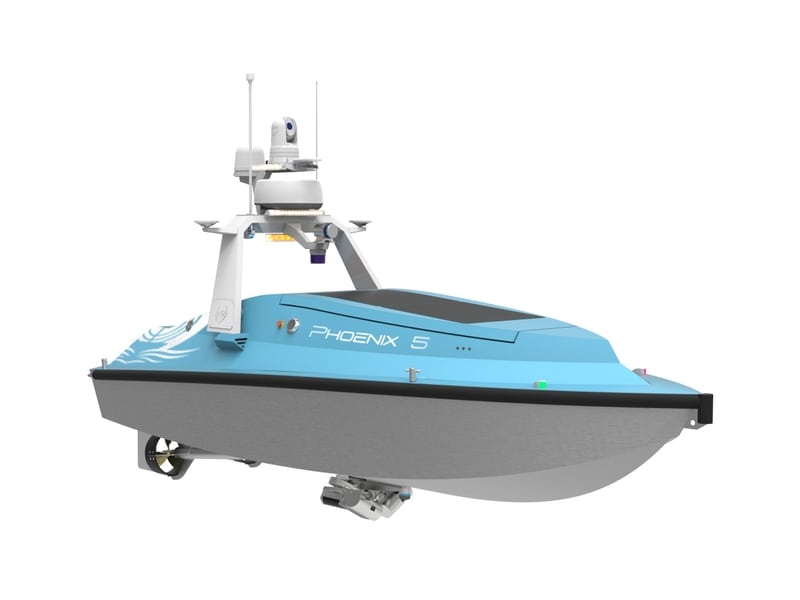 We are building a new Phoenix! We have learned a lot from the operations carried out with the first prototype, a catamaran, built and deployed from 2017. It successfully completed surveys for customers such as Rijkswaterstaat (an operational department of the Netherlands Ministry of Infrastructure and Water Management), the Port of Rotterdam and a Dutch […] 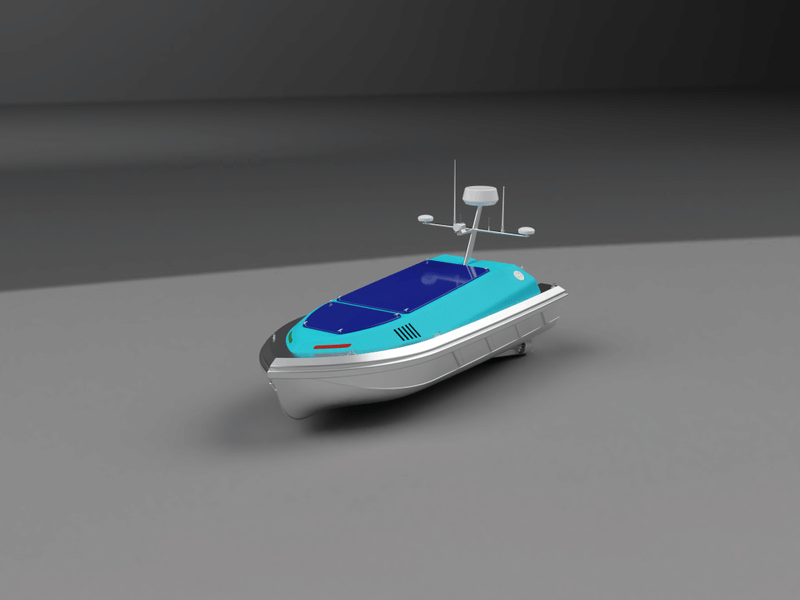 The initial design of our Phoenix ASV (Autonomous Surface Vessel) had a catamaran hull. We used it for a number of test projects which provided lots of useful information about range, stability, manoeuvrability and sensor integration. We have also been discussing its applications in greater detail with potential customers. Over the past two years they […]

A Survey with Aquatic Drones and CARIS Onboard

Futuristic shipping in the offing 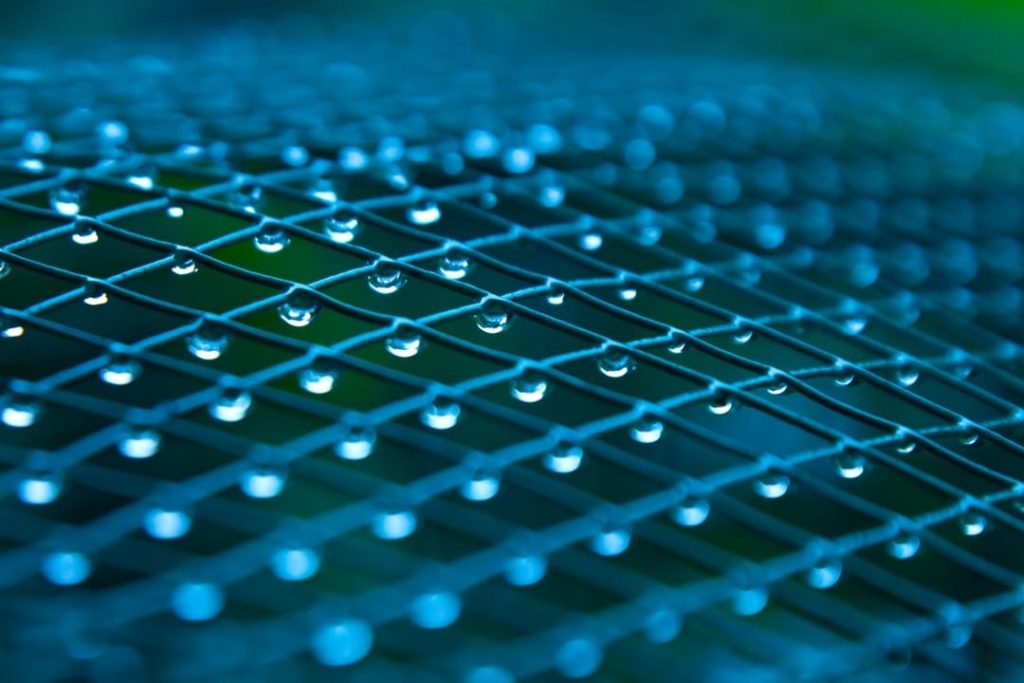 Self-propelled ships, mooring without crew and sailing drones. It sounds futuristic, but these ‘smart’ technologies are already possible on paper. However, inland shipping is still cautious when it comes to introducing game changing innovations. Both people working in shipping and those ashore agree that this has to change. ‘Technologically you can already sail a ship […] 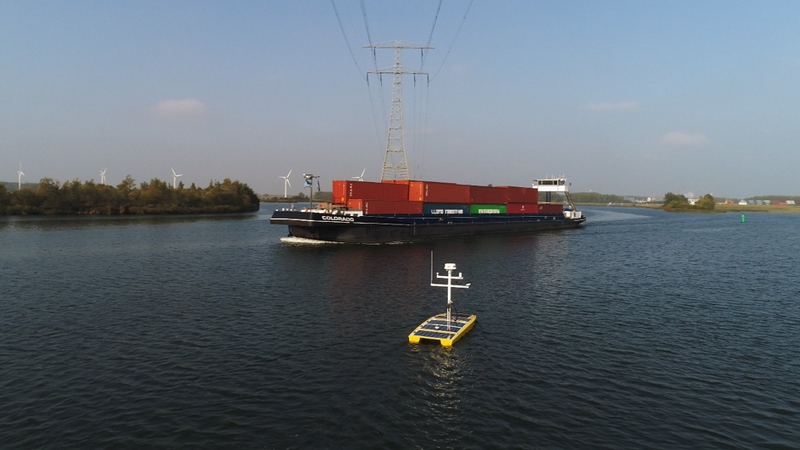 The insight from which we started is that robotics is very promising for society’. There is a great demand for maintenance data in the maritime world. But the costs are too high and usually a lot of different data has to be collected. Water authorities and companies do not always have sufficient insight into the […] 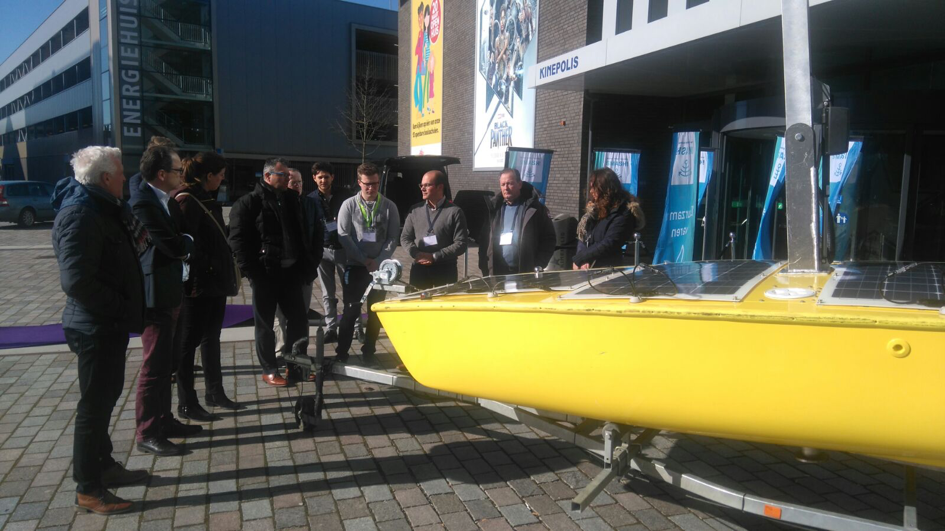 Maarten Ruyssenaers is one of the speakers at SMASH-UP # 4 on Tuesday 20 March in Dordrecht. He experienced a substantial growth with his Aquatic Drones. During the SMASH-UP he gives – next to a demonstration of the latest drone text and explanation about the development of a successful company in Smart Shipping. Ruyssenaers built […] 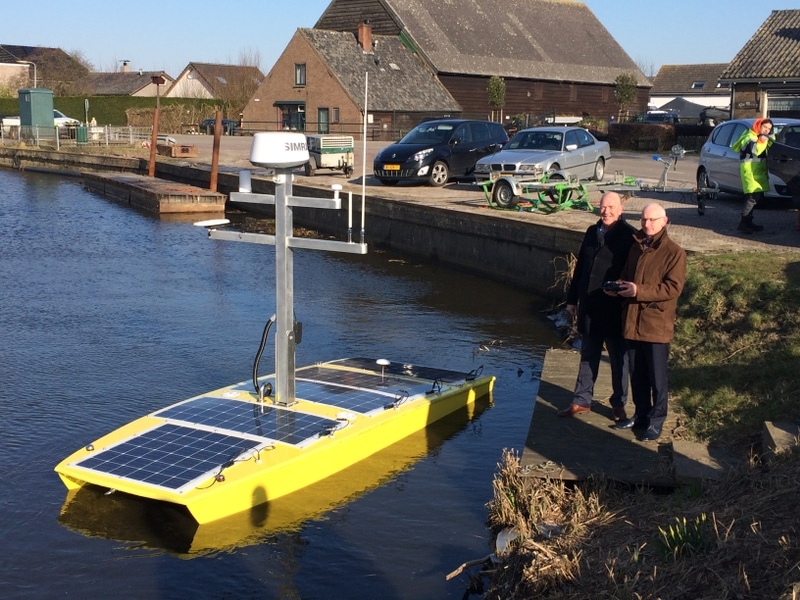 Water Board Hollandse Delta dredges De Keen in Strijen (The Netherlands). The largest part south of the built-up area of ​​Strijen has been dredged in phase 1. Phase 2 now starts for the remaining part of the Keen. Board member of the Water Board Ms. Lies Struik and alderman of Strijen Mr. Wilco van Tilborg […]

Aquatic Drones Builds Data Service for Europe and Beyond 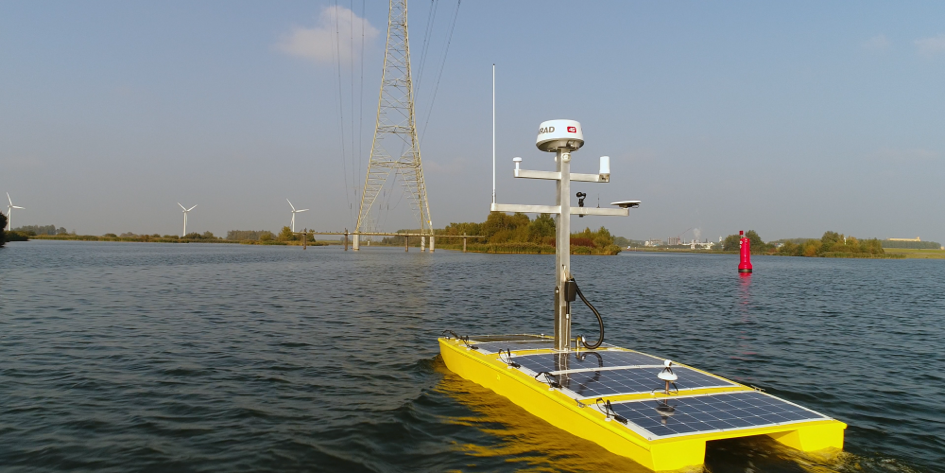 Maarten Ruyssenaers, the CEO of Aquatic Drones and a TUS Expo presenter, describes his experience at the Resource Design Manufacturing in Rotterdam, his company’s autonomous boats, and the data service they offer. JANUARY 29, 2018  EUGENE DEMAITRE  Operating vessels and sending divers to inspect harbors and other marine facilities is very costly, so such inspections may […]

We use cookies on our website to give you the most relevant experience by remembering your preferences and repeat visits. By clicking “Accept All”, you consent to the use of ALL the cookies. However, you may visit "Cookie Settings" to provide a controlled consent.
Cookie SettingsAccept All
Manage consent

This website uses cookies to improve your experience while you navigate through the website. Out of these, the cookies that are categorized as necessary are stored on your browser as they are essential for the working of basic functionalities of the website. We also use third-party cookies that help us analyze and understand how you use this website. These cookies will be stored in your browser only with your consent. You also have the option to opt-out of these cookies. But opting out of some of these cookies may affect your browsing experience.
Necessary Always Enabled
Necessary cookies are absolutely essential for the website to function properly. These cookies ensure basic functionalities and security features of the website, anonymously.
Functional
Functional cookies help to perform certain functionalities like sharing the content of the website on social media platforms, collect feedbacks, and other third-party features.
Performance
Performance cookies are used to understand and analyze the key performance indexes of the website which helps in delivering a better user experience for the visitors.
Analytics
Analytical cookies are used to understand how visitors interact with the website. These cookies help provide information on metrics the number of visitors, bounce rate, traffic source, etc.
Advertisement
Advertisement cookies are used to provide visitors with relevant ads and marketing campaigns. These cookies track visitors across websites and collect information to provide customized ads.
Others
Other uncategorized cookies are those that are being analyzed and have not been classified into a category as yet.
SAVE & ACCEPT
Powered by